Discover How My Breakthrough Invincible Core Lite Program Will Banish Belly Fat & Tone Your Abs In Just 28 Days At All Fitness Levels… For ONLY $1!

Are you tired of wasting your hard-earned dollars on expensive gym memberships, fad diets, extreme exercise DVDs and other weight loss gimmicks to melt belly fat without getting any results?

If you’re like most people who struggle to get toned abs and spend money that can exceed thousands of dollars per year.

And considering those scams never deliver on their fat-burning promises, you might as well be throwing your cash down the toilet!

Isn’t it time to finally use a weight loss system that actually works…. and in only 28 days?

Let’s face it, anybody can hang a shingle outside their door and call themselves a fitness “guru.” But I have the credibility, credentials and years of extensive experience working with thousands of clients around the world to fully back-up my proven Invincible Core Lite program.

I’ve also created over 125 products in weight loss, exercise and injury prevention, which have healed thousands of people. Each day over 100,000 individuals are helped by my step-by-step YouTube videos, Facebook tips, informative blogs and newsletters.

I literally spent thousands of hours developing my Invincible Core Lite program by collecting data from client records and conducting extensive scientific research to develop the most effective, fastest, and safest way to shed stubborn belly fat and get flat abs on the market.

Invincible Core Lite Will Melt Your Belly Fat Regardless Of Your Age, Health and Fitness Level… and even if you’ve tried every weight loss gimmick on the market with no results!

For a limited-time only, you can receive my complete Invincible Core Lite Program for the astonishing low price of only $1.00, which includes…….

A Story About An Overweight Middle Aged Couple Who Had Given Up Hope Until They Discovered My Invincible Core Lite Program! 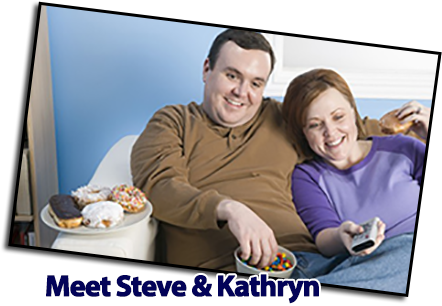 Maybe you can relate to Steve and Kathryn, an overweight couple in their mid 40’s with two kids.

Steve worked in an office where he spent hours sitting, talking on the phone and staring at a computer screen. Over the ten years of his marriage, Steve gained 35 pounds, and most of it was belly fat.

Kathryn also worked in an office and had the added stress of playing taxi driver, hauling the kids to their various activities. She had both children by Caesarean section, which damaged her abdominal muscles. Despite numerous attempts at diet and extreme exercise regimes, her belly still hung over her belt and she was unable to shed the 23 pounds she gained over two births.

Steve and Kathryn are among millions of people who tragically bought into lies that they were “too old” to lose weight, and increasing belly fat and declining health is an “inevitable” part of aging.

But by following my step-by-step Invincible Core program, they both were able to burn stubborn belly fat and get flat stomachs in only 28 short days!

People like Steve & Kathryn seek me out because I do things radically differently than other fitness trainers.

My highly effective Invincible Core program delivers sustainable results in the shortest amount of time without risk of injury.

But it’s not just Steve and Kathryn who were able to get into the best shape and health of their lives by following my program.  Read what other grateful clients have to say about my Invincible Core program……

I have been retired since December 2011. I have been trying to get in shape. Blood pressure was 160/100 - it is now 110/70 without meds! The Invincible Core is helping me reach the goals I have for my age. The best thing about Invincible Core is I can refer to it whenever I want and I like the videos. It's a a great way to get a stronger core. 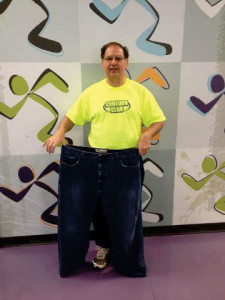 Before, I was having pain in the back, shoulder, knee, and hip but after using the Invincible Core program, I can feel that the pain was reduced and I started to lose weight. I like all the exercises in the video for which I am doing step by step. They are all useful subject.

I already informed all my friends who have back, shoulder, and knee pain to subscribe to Exercises for Injuries products. 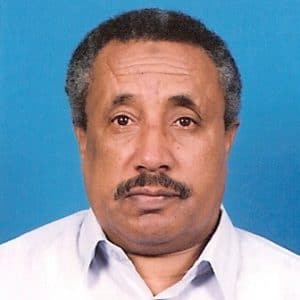 I was not exercising at all – mainly because I was afraid. Exercise for me had been unpleasant, sometimes painful. But since I started the Invincible Core program, I am not afraid to exercise! Using the exercises and techniques taught by Rick has made me see exercising in a whole new way. The Invincible Core really understood my problems. The instructions are also clear and easy to follow. Most importantly, the price is reasonable and it’s very good value for money

I wish you and Invincible Core everything good for the future! 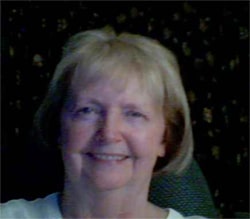 Check out all the incredible fat-burning stash you’ll receive in my Invincible Core Lite Program for just $1.00! 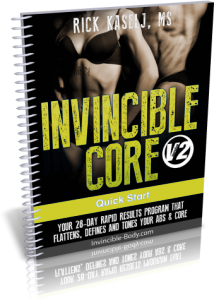 Are you ready to use Invincible Core for the first time? This 90-second quick start video will show you EXACTLY what you need to do to start your journey to melt your belly fats and build toned abs. Through this video guide, you’ll be prepared for every step of your journey in advance. The 90-second video strips everything down to the absolute fundamentals so you can get started right away! 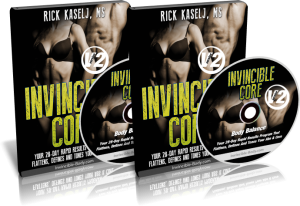 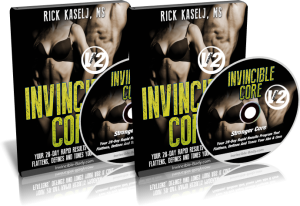 Doing this 7-step program is essential in building a stronger core. Following the program will help you get a slimmer waist, a flatter stomach and a healthier back. Discover all the key details to this program and I will help you avoid the common mistakes that people make.

Here’s what you will get: 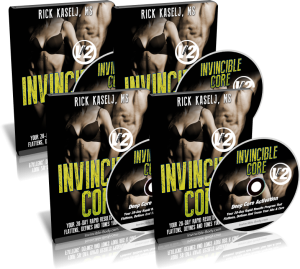 This is where things start. If you do not activate the deep core & abdominal muscles, nothing else matters. In this video, I show you how to get to those deep muscles and take you through a simple sequence that you can do every day. 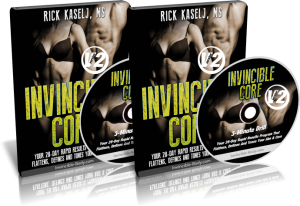 In this component, I will go through the most important movement for whole body core strength. I will show you how to properly do the exercise for maximum results and stay injury free. I’ll get you through a 3-minute drill that you can do anywhere to improve your core strength. 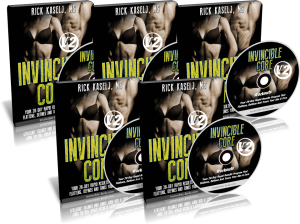 We are now in the main event, the Workouts. I bring everything here and build on the balance, health and strength you have built in your core by doing the first four components of Invincible Core. With the help of Donnalee, Sonya and Sheena, we take you through the workouts that will help flatten, carve and tone your abs & core.

Look, clients pay me hundreds of dollars per hour to receive my fat melting and core strengthening secrets, but for a limited-time only… I’m offering them all to you for the rock bottom cost of only $1.00!

Why am I practically giving away them away?

I don’t want anything to stand in your way of learning my highly effective system for getting a strong core and toned abs without the risk of injury.

My mission is to help as many people as I can to unlock their fat burning potential to finally obtain the dream body they’ve always longed for.

Remember… this is a limited-time offer so it’s important you order TODAY!

P.S.: I’m on a mission to help you achieve your dream abs while keeping yourself injury free. I don’t want anything to stand in your way of grabbing a copy of my proven fat burning program, which is why I've slashed its regular price of $97.00 to one buck.

I’m releasing the first few thousand copies of the Invincible Core Lite program at this insanely low price, which is less than the cost of a cup of Starbuck’s coffee!

I’m honestly not sure how long the $1.00 offer will be available, so I urge you to take action TODAY.  Order now and lock in this incredible price of $1.00 before it returns to its regular price of $97.00.